Shawn is a business architect with a keen eye in identifying and growing opportunities. He became a Chartered Engineer before starting Prestige Network with Shohreh and is listed in the International Who’s Who. He is also a passionate footballer and has a Black Belt in Karate!

Shawn Khorassani graduated with Systems and Control Engineering (BSc.) in 1983 and worked as a Development Engineer in hardware and software for eight years. He became a member of institute of Electrical and Electronic Engineering (MIEE), British Computer Society (MBCS) and a Chartered Engineer (CEng) before founding Prestige Network with his sister Shohreh Khorassani in 1991.

Prestige Network started as a distributor of Multilingual Word Processing software package. In the early days the company was involved in a variety of activities such as Document Image Processing Consultancy for the British Library and Software Marketing for start-ups. The company was very active in development and distribution of Multilingual Software products to over 50 countries and this eventually became its core activity.

Whilst looking for finance to develop its own product, an opportunity was spotted in the translation and interpreting market. Prestige Network was ideally placed to explore this area, as it had some of the best linguists in the country as customers who used to be referred to the company by both Microsoft and Apple.

The company went from strength to strength and broke the £1m turnover in 2006 with a very healthy profit margins, well beyond what was normal in the sector. From then on, the company had an exponential growth and was chosen as one of the only two companies in the South East Region for the Government Accelerator Programme. Prestige Network has won two Thames Valley Business Awards and one Coutts Family Firm finalist in the last five years.

The success of the company led to a second completely different business of property investment which is currently a multimillion pound operation in the UK and overseas. Shawn started Anis Foundation for Children in 2010 to produce audio materials to give a spiritual and moral guidance in stories. He is involved in many charitable and fun projects, such as starting a football team for parents at St. Gabriel’s School.

In June 2012 he stepped down from Prestige Network and left the company in the capable hands of his sister. This allowed Shawn to peruse and start many other projects where he feels he can make a difference by inspiring, investing and supporting companies and individuals with his unique blend of talent, experience and humour.

Sport is great passion of Shawn with many accolades to his credit. He has been married for 15 years and has three children. 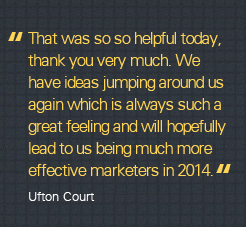